Round Baby, Round Round! Yay! I finished my Spring (and probably summer) wreath last night!  I love it!  Such a fun pop of color on the porch!
Here are the supplies: 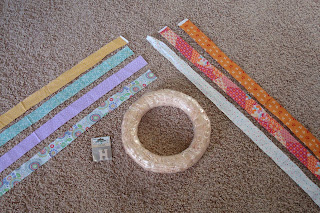 I bought all of these from Joann Fabric!  The wreath was less than $3, the little 3-pack of H letters was around $1, and the seven 2inch strips of fabric were less than 25cents each, so around $1.75.
I already had the moss on hand from a previous project, but it is $5.99 at Hobby Lobby. 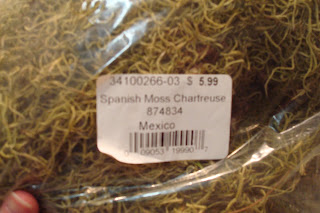 I chose a strip of fabric to represent each color of the rainbow except green, since the enitre wreath was green.  I also chose two more neutral fabrics with some color in them. 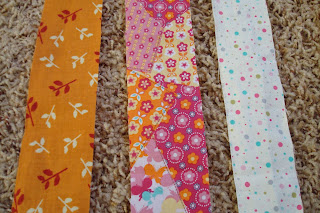 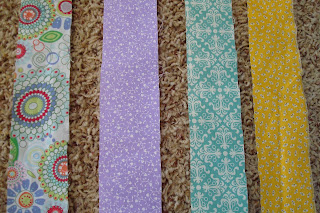 I followed this awesome rosette tutorial to make my seven rosettes.  Sorry, my hands were full and I didn't take any pics!  Here they are all finished! 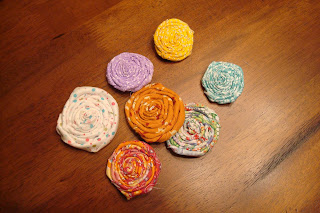 Before I started gluing on the moss I spray painted my little H with Valspar's Exotic Sea.  I painted it the same color as my front porch chair so it would match! 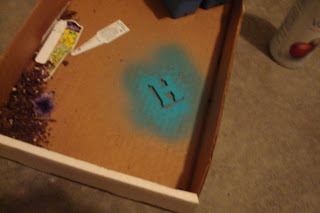 Then I got started on the wreath.  I read on several blogs that the moss would stick better to the plastic, so I left it on.  I should have spray painted the wreath brown beforehand, but I was too impatient so I didn't! Next time maybe.  I would grab a chunk of moss, apply a generous amount of hot glue to the wreath, then press it on.  I always use lo-temp glue because I got a gnarly hot glue burn when I was little.
I didn't want to glue the rosettes directly to the moss cause I didn't think it would stick well.  So I grabbed my felt.  After I found the placement I liked on the wreath, I transferred the rosettes onto the felt and hot glued them on. 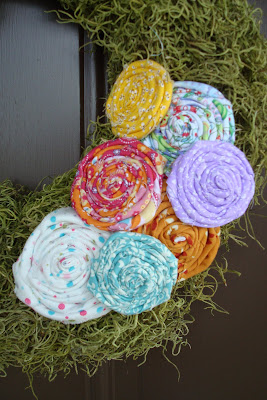 I wanted to make sure the flowers wouldn't fall off (it's been really windy here) so I grabbed a few nails and pierced through the felt and the wreath.  Those bad boys are snug now!
I thought about gluing the H onto the rosettes, but I liked it better on the ribbon.  The ribbon was left over from some pillows I made.  I cut about a 12inx2in strip and tied it around the top of the wreath! 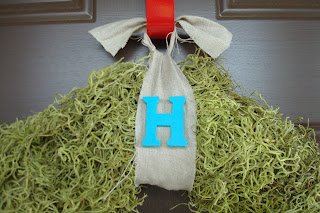 I love! Now I just need to spray paint that ugly red hanger!  Knowing me though it will probably stay like that! 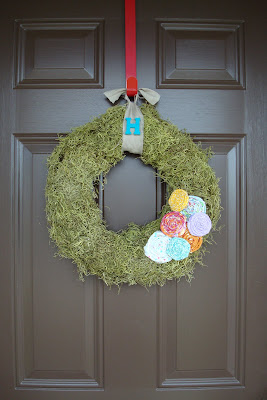 This is super messy: 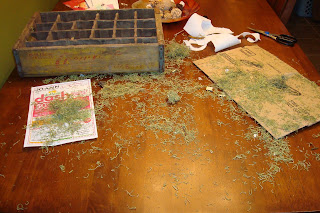 And it's shedding pretty bad too: 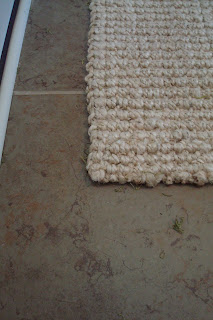 I probably should have sprayed it with hairspray so it wouldn't shed as bad.  I might end up doing that later!  I still love it though!