Always Be Yourself, Unless... 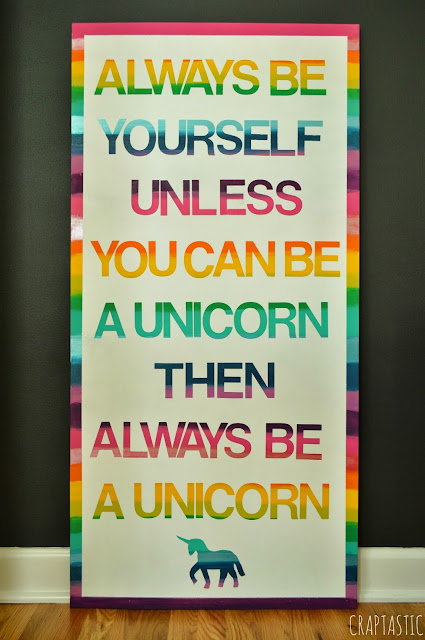 A couple weeks ago I was browsing pinterest and found this image from society6.

I turned to the hubby and told him this would be in our house.  It had to be!
Now I don't know about you guys, but when I think of unicorns I always think of Lisa Frank.  If I didn't have a trippy, rainbow unicorn folder when I was in 2nd grade, then what was the point of school?  This had to look like Lisa Frank came to my house and threw up on my walls!
I bought a pre-cut piece of MDF that was 2 x 4 feet.  Using a mixture of my acrylic paints, I set to work making a rainbow background that Lisa Frank would be proud of. 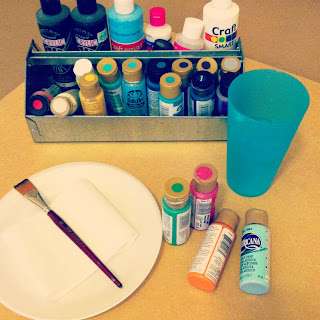 Pardon the crappy progress shots - I used my iPhone for these.
I worked very quickly with the paint ensuring that each row would still be slightly damp and allow for the next color to blend nicely.  It's easier to go ahead and pour out each color at once.  I just used a Styrofoam plate. 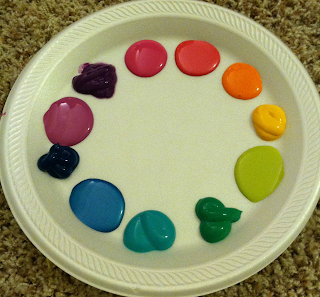 Here is the board after I completed the first rainbow row. 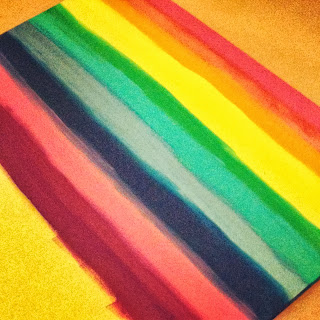 I wasn't too concerned about making each row of color perfectly even or straight. 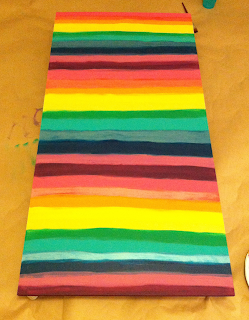 I don't have photos of the next few steps, but I first took painter's tape and taped off 1 inch borders on the entire piece.
I purchased 3inch Helvetica font vinyl letters from Michaels.  I could have used one pack of letters but would have had to apply the letters, paint, remove and move to the next line.  I didn't want to have to do this so I bought five (yes, don't judge, they're reusable) packets of letters to ensure I would have enough to lay all the letters down at once.  I left two inches in between each row of letters.  Once the letters were laid out I went over the entire board twice with white paint.  I used my exacto knife and immediately peeled off all the vinyl letters and painters tape.
Viola! 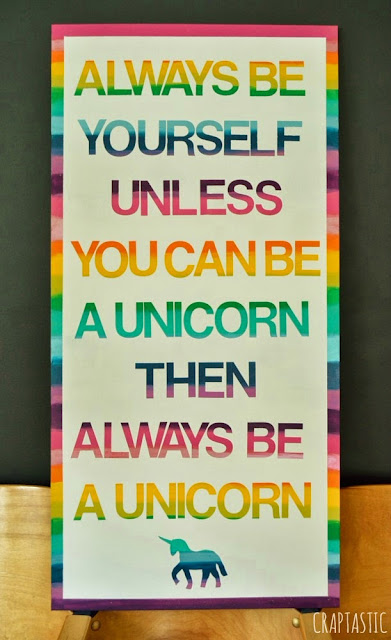 I love how it turned out!  There was very minimal leakage of paint under the vinyl letters and it's only visible up close. 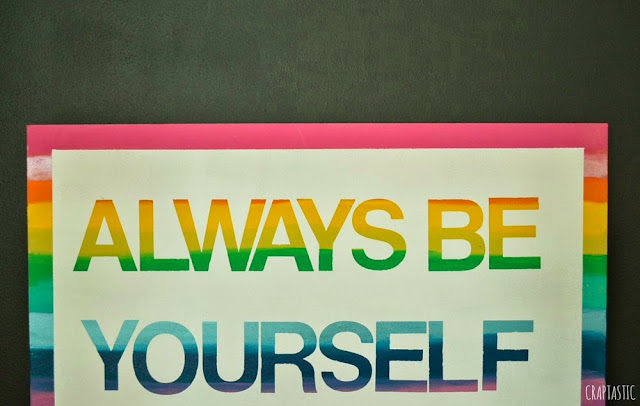 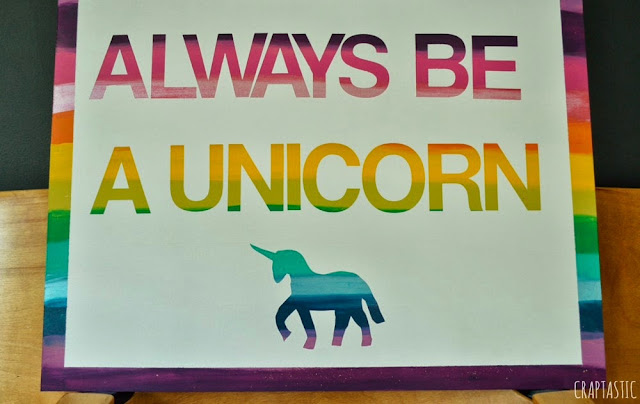 To make the unicorn I used this image:

Pinterest
The original pin does not have a link, just the image is pinned so unfortunately I can't give credit to the original image!
I enlarged this image on my computer by 400%.  Then I laid out three rows of painter's tape on my clear quilting ruler.  I laid this down on my computer screen and was able to trace the outline of the unicorn onto the painters tape.  I peeled the painters tape off the ruler and placed it onto my board where I wanted it.  I then cut out the image using my exacto knife. 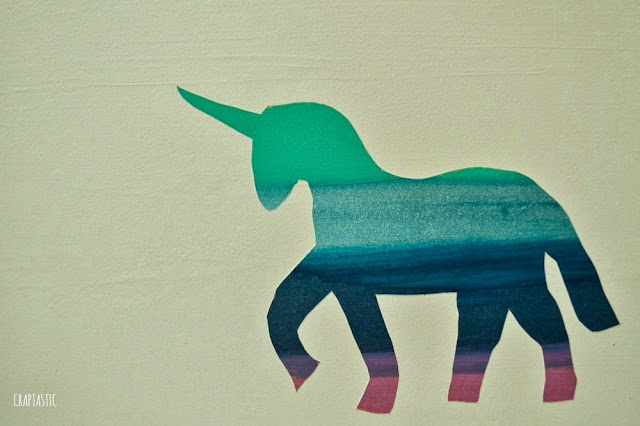 I made this painting to hang on a bare wall in between our coat closet and bedroom door.  I love how this looks against our black wall, so I may end up painting that wall black as well! 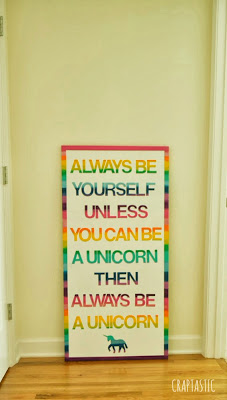 I decided to leave the border of this piece rainbow so it would stand out better against the wall.

So there you have it!  I think Lisa Frank would be proud! 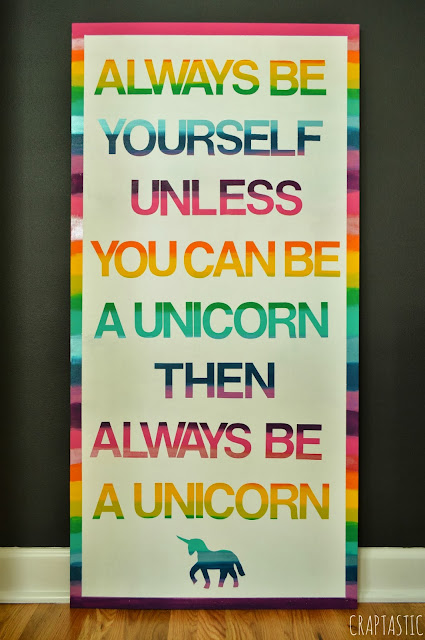