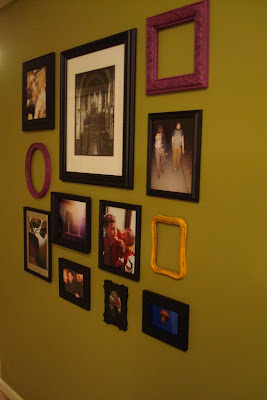 I finished my picture wall this weekend!  I spent Friday painting all the frames.  Saturday I had to glaze the colored frames and start picking out photos.  Today I had them printed at Wal-Mart and put them all in after I cleaned the glass!

It is really difficult to takes pictures of pictures!  So I'm just going to upload the original photo, then tell ya a little bit about it! Stay with me, there's alot! 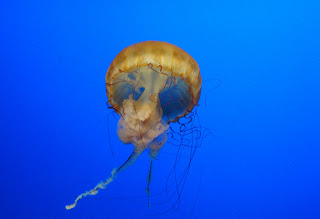 This picture was taken at the Ripley Aquarium in Gatlinburg while Chris was home on leave from Iraq in May 2008.  I just think it looks cool and it adds a pop of color to the wall. 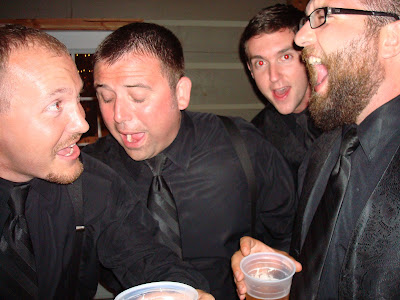 I love this picture!  It was taken at a friend's wedding a few summers ago and just captures the personalities of our friends so well! 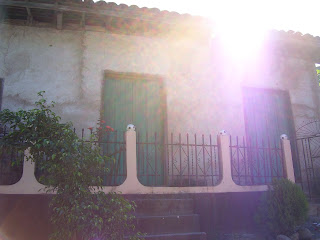 I took this photo in 2006 while on a mission trip in Honduras.  I just thought it looked neat. 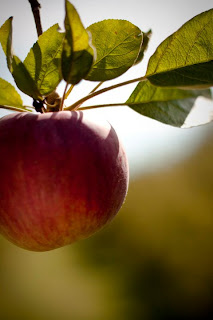 My bestest Loren took this picture during Fall in Upstate New York!  By coincidence she and I both got stationed at Fort Drum, NY together!!  She took this at one of the apple orchards up there, and this photo just reminds of the few years we lived up there! Besides that, it's a pretty awesome photo! 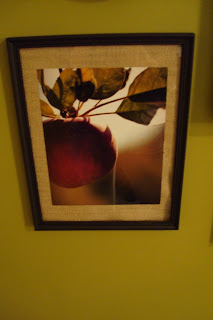 This frame was larger than an 8x10, and if I wanted to print the photo to the size of the frame it would have cost about $12.  So I just printed the 8x10 and put some burlap behind it.
﻿ 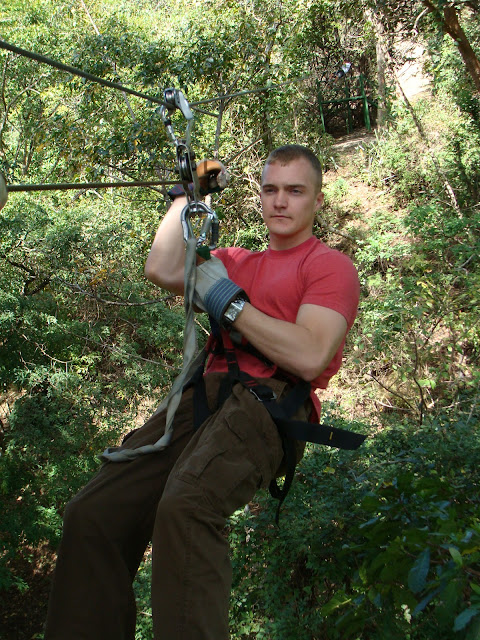 This is from our belated honeymoon in Costa Rica.  We spent one of our days zip-lining... it was actually pretty fun and the view was nice!  The hubby loves this pic cause it makes his muscles look nice! =) 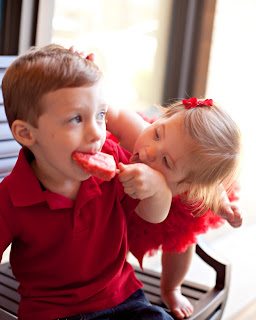 You can't get any cuter than this!  This is a photo of my neice and nephew... not the most recent photo of them but still insanely adorable! 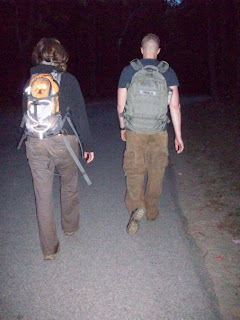 In 2009 I got the bright idea to go on a mountain "hike" on Alogonquin Peak in the Adirondacks of NY.  This was more like mountain climbing and it kicked my butt.  It ended up being about 11 miles of climbing up and down this horrible mountin.  The view was gorgeous, but I will never do it again.  This photo is when we finally made it out of the mountain and were walking back to the car (yeah, at nighttime, after nine hours of "hiking").  We barely made it out before it got dark. 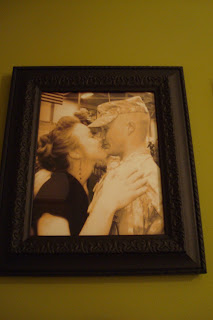 The hubby came back from a 15 month deployment on Halloween 2008.. this was the first time we had seen each other in about seven months!

Here are all the frames I painted.. 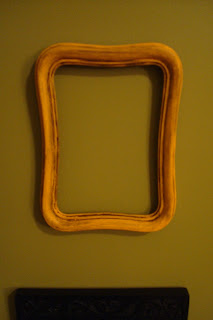 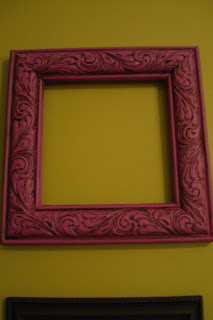 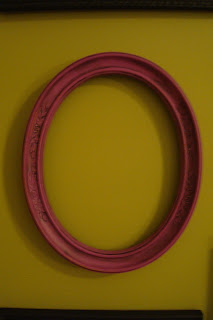 I'm still uncertain how I feel about the wall.  Black usually is not my color of choice, so I'm having to get used to it.  And it looks kinda small now that it's up on the wall.  I might add some more pictures and frames later on just to even it out a little.  But that's it for now! 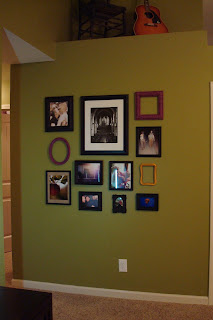