"I Do Ninja Moves" T-shirt - the Ghetto Way!

That's a direct quote from my 5 year old nephew, Logan.  Yep, he does ninja moves. 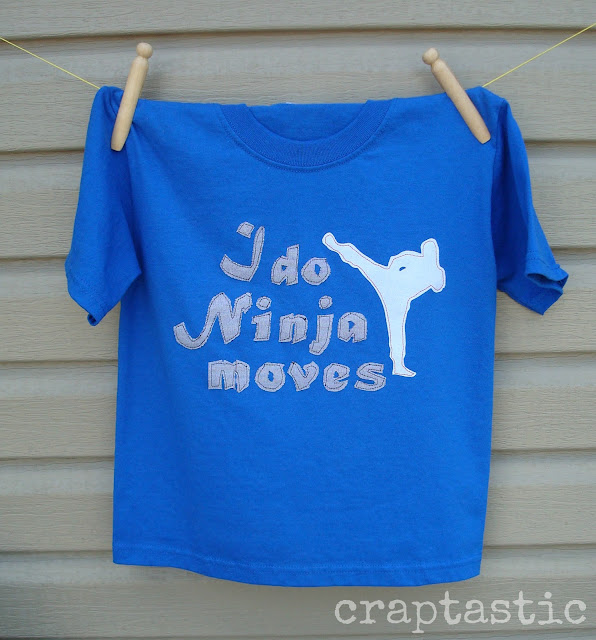 The first time I heard Logan say this he was playing with Poppy (my father in law).  At the in-law's house there is a long hallway in the back where all the rooms are located.  Poppy will hide in the back bedroom and Logan and Emma will slowly creep down the hallway in the dark, all the time knowing that Poppy is back there, but still screaming in terror when he jumps out at them roaring like a monster.

Logan said this one night when he was acting tough going down the hallway into the dark.  I could not stop laughing and told them a shirt had to be made!

I didn't get it done in time for his 5th birthday (just a few weeks ago) so I decided to make it for his preschool graduation which is tonight.

So here's how I made it without a silhouette or cricut machine - aka the ghetto way! :)

I started by googling a silhouette of a ninja and tracing it onto freezer paper.  Next I typed "I do Ninja moves" in word using Matura MT script font, size 150. 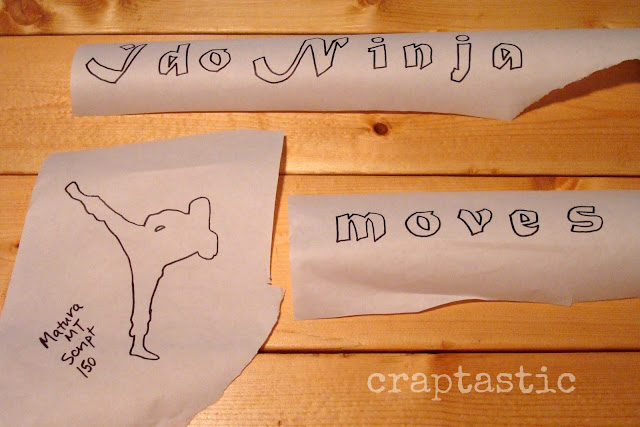 I went digging through my scrap bin and found some fabrics I wanted to use for the ninja and the letters.  I ironed fusible interfacing on the wrong side of the fabric (the light purple kind).

Iron the freezer paper onto the fabric that now has the fusible interfacing and cut your stuff out.  The hardest part was cutting out the centers of letters like "O" and "E." 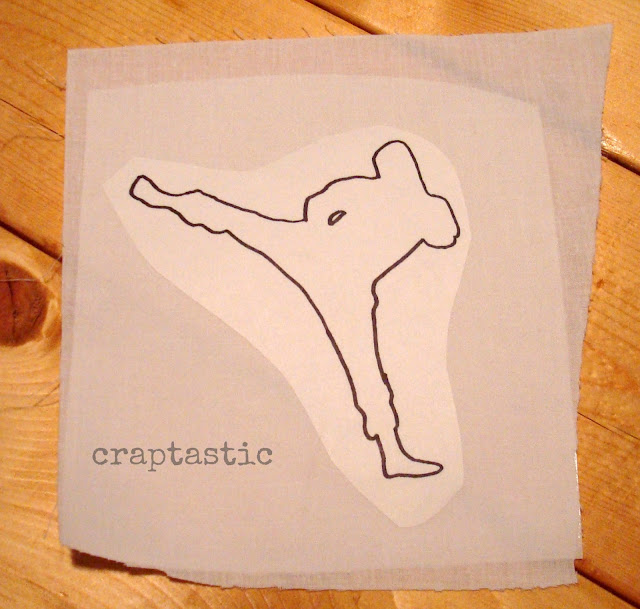 Once everything is cut out, place it onto the t-shirt, fusible side down, and slowly iron into place.

For this particular type of fusible interfacing it's best not to use steam.  Also, press the iron down for a few seconds rather than moving it back and forth.  This will prevent the letters from folding up on themselves.

Now it's ready to be top stitched! 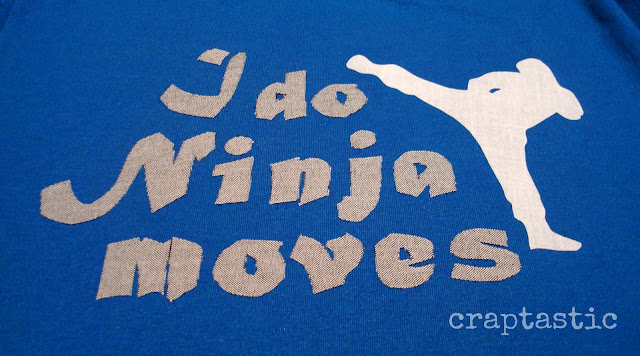 Rather than backstitch and eventually have thread unraveling, I used a needle to rethread the strands to the inside of the shirt and I tied knots on the inside.  I just think it makes a cleaner look.

Here it is all done! 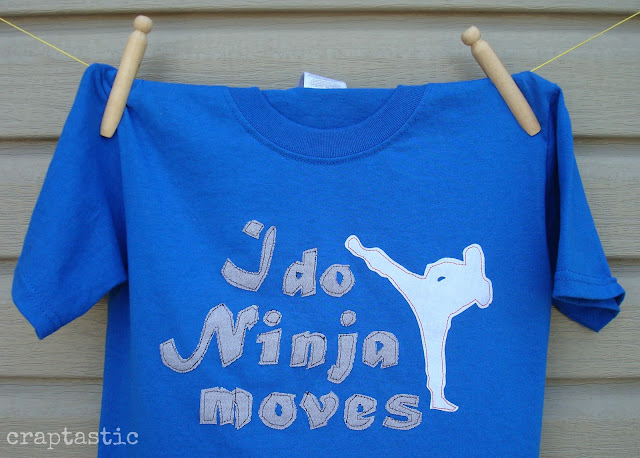 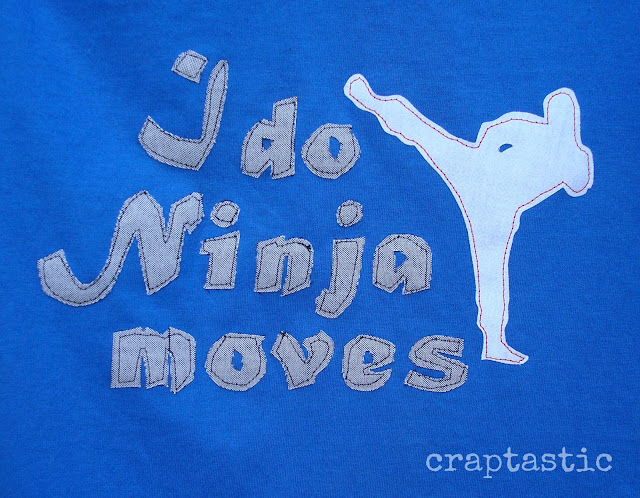 This shows the stitching detail real close.  I don't try to make it perfect, I like the wonky look.  Over time the edges of the letters and ninja will fray a little. 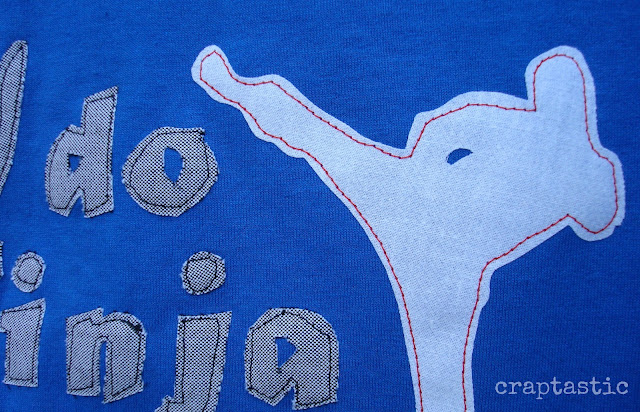 I hope our little ninja loves it!