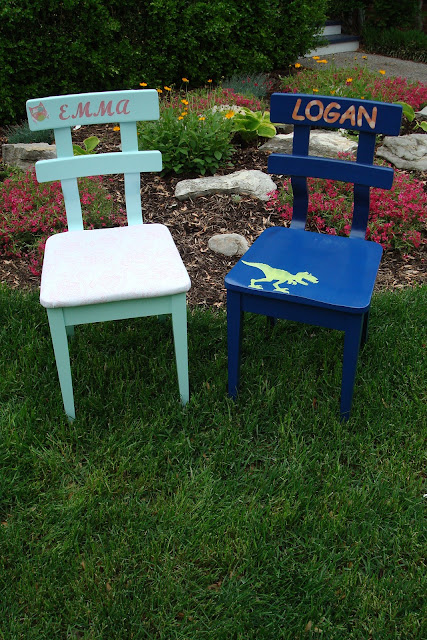 My nephew and niece both celebrate their birthdays in April, two years and a few days apart!  Last fall the hubby's side of the family had a large yard sale.  My sister-in-law was selling a small table and chair set for her mother-in-law.  It ended up not selling, so she kept two of the chairs with the hopes of making them over for the kids.  Fast forward a few months and we decided I would refinish them for their birthday!
They weren't terrible before, but definately not cute. 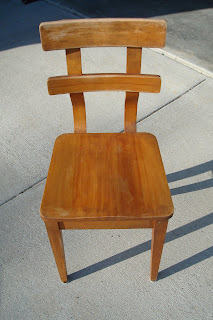 I cleaned them both up real good and prepped Emma's chair by priming it. 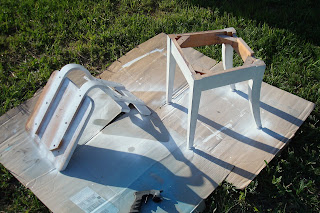 I had an idea of what color I wanted Emma's chair to be, so I grabbed a close color in my collection and added white until it was pale enough. 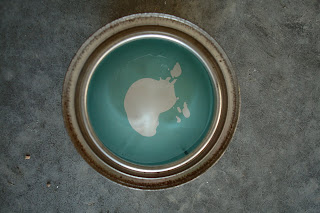 (I knew I would use those cans!)
I wanted to do Logan's chair in blue, which is a pretty generic color, so I used Valspar spray paint on his. 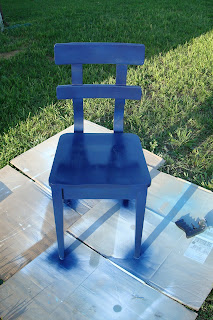 I wanted to add fabric to Emma's chair, so I didn't paint the seat of hers. 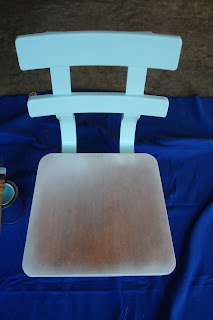 Emma's chair required a little more attention since I had to hand paint it, but her's ended up being the easiest of the two.  For some reason Logan's chair was super tacky and I thought I was going to have to strip it.
Since I knew this was my likely option, I figured it wouldn't hurt anything to try paint thinner on it.  I bundled up some cheesecloth and started wiping the whole chair.  This took all of the tackiness out, and also reduced the shine.  An unintended result was that the wood began to show through in some areas.  So I just went with it and decided to have Logan's chair look a little more used look.
After both chairs were painted it was time to put on the embellishments.  I used a similar paper technique as I did on my cheap wall art.  I found some scrapbook paper I like at Hobby Lobby and printed a reversed image of the names and dinosaur on the back.  I used my exacto knife to cut them out.
I then used ModPodge to apply the embellishments. 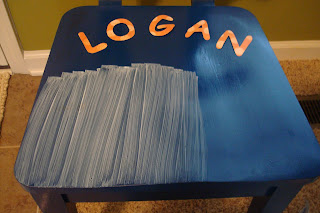 Logan loves dinosaurs, so I put a dinosaur on his seat. 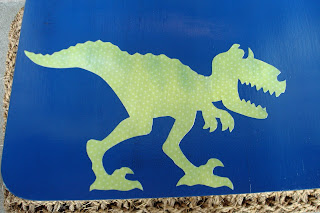 Emma has been really into owls, so I cut out shapes from the scrapbook paper and assembled an owl on her chair. 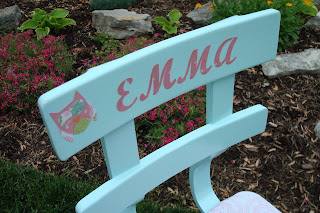 I used coordinating colors to make their names. 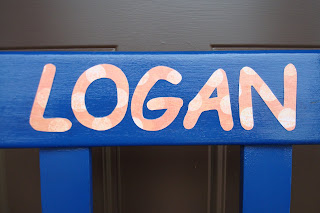 They both got a protective coat of poly, then I upholstered Emma's seat.  I wanted her chair to look more sweet and feminine. Here is a close-up of the fabric. I adore it! 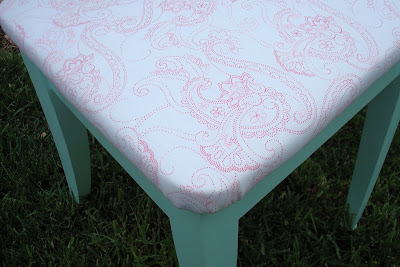 Here they are all ready for the party! 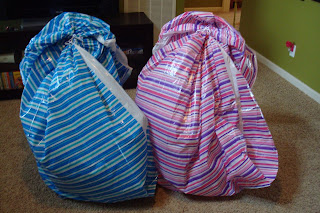 Logan immediately checked out his dinosaur, and Emma tried to climb up in her chair. 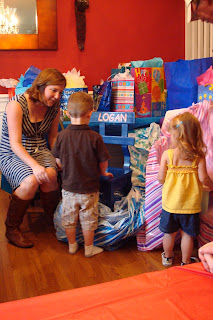 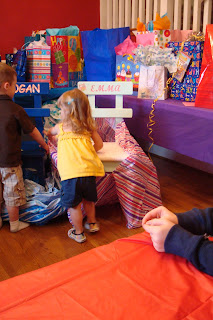 They paused for a brief photo op, then moved on to the rest of their goodies! 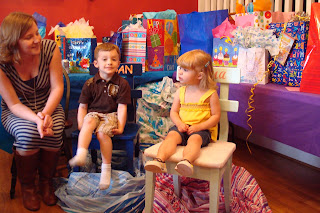 I was so rushed to get to the party I never got good pictures, so I took a few minutes to take some photos by the flower bed! So pretty! 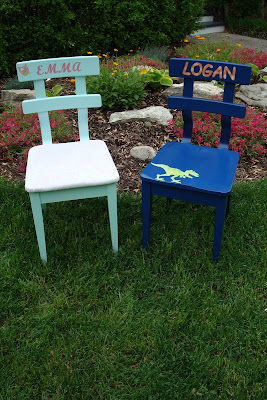 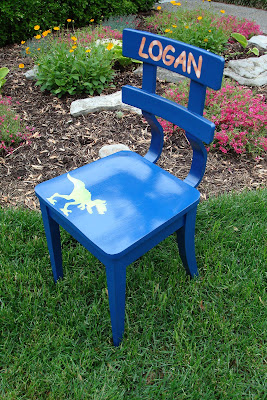 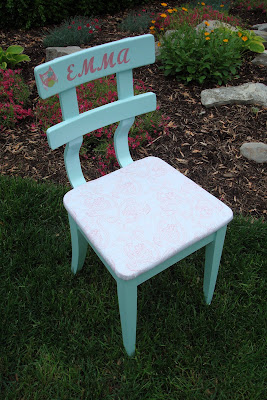 One more before and after!

Everything else I had already!
Now I'm ready for some Harry Potter and a nap!
Cheers!